Combating The Rise of Hate, Intolerance, and Disdain

When he announced his run for office, I dismissed him, “He’s a real estate mogul, not a politician.”

Then he started sweeping his competition. Pitted against some 13+ team contenders and none could overcome him.

When he won the primaries, my wife and I started to take him seriously, paid a bit more attention to what he was saying, doing, promising. We thought, “He has no real experience, surely people wouldn’t vote him in.” But we’d made the mistake of trying to evaluate him logically when he was playing a game of hearts. He gave people upset by the status quo a place to vent. He played to the crowd, found what riled them up, and drove people to a fervor, even when it was just for show.

With his possible win looming, we began to contemplate some of the knock-on effects his promises would have. We worried about all the equality fought for over the last several generations. We talked about what a reduction in arts and education would mean. What would he do to our environment and the progress of cleaner energy solutions? How would the rest of the world see us? Could we survive any radical financial shifts?

Then he won. In the first two weeks of his stay in office, sadly, he began to make good on the terrible things he’d promised.

It Wouldn’t Affect Us

I’m pretty lucky; Trump’s polices aren’t really targeting my family. I’m a white male, come from a middle class, American-raised family, and my wife and I both have successful careers. We’re pretty far away from the +60% of Americans that can’t afford a surprise $500 bill. Our only debt is a mortgage for a house in the SF bay area that we’re not struggling to pay off.

We could afford private school. We have health insurance from our jobs. We have savings to tide us over for a significantly extended time period. We have careers which (for now) mean we’re unlikely to be affected by any major economic shifts. We also live in California, which has a strong economy and would likely insulate us further.

Even with his ineptitude and hate attempting to steer this country, we wouldn’t be affected, we thought. That was wrong.

We Must Be Affected

I’m still confident my family could weather this storm. However, I truly believe that, unlike other Republican presidencies where the commander-in-chief at least had integrity, Trump is something altogether different.

It’s not good enough to merely “wait it out” till the other side gets a turn. Trump’s actions require real and loud responses. What he’s doing is unprecedented and, I believe, carries significant potential for real, lasting harm to the people and position of this country.

While I’m not much for marches, I can contribute to those who are out there working hard for the peoples rights, our dreams of equality, and for compassion of both humans and the planet we live on. If you want to help out, hereare three places you can make a real difference:

Ultimately, “silence means yes” when you should, instead, be shouting: 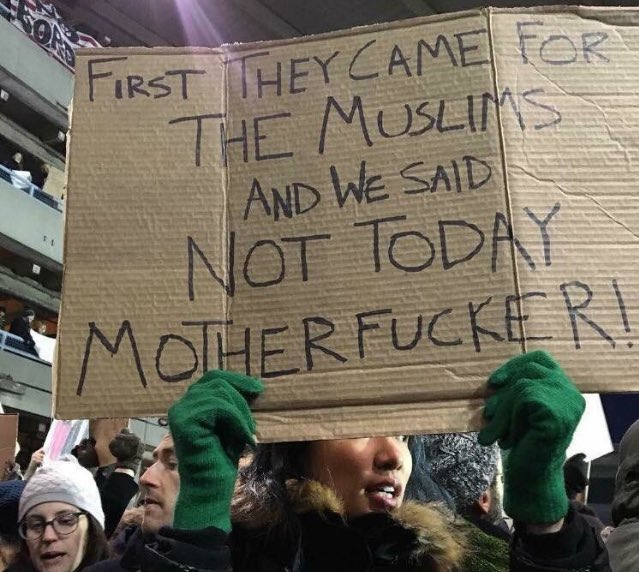